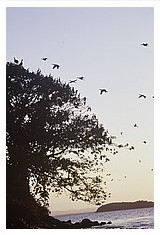 Since 1502 the landscape of the coast of Nicaragua against which Christopher Columbus sailed, has not changed. Always green, sparsely populated, multi-ethnic, and colorful. The Atlantic Coast has the attractions of the Caribbean. Creole, Miskito and English spoken Spanish. Around Bluefields and Rama certain Garifuna and Indians retain their lifestyles and their habitat. Fishermen, farmers plantains, bananas and tubers, hunters, traders or all at once live along the many rivers and lakes. 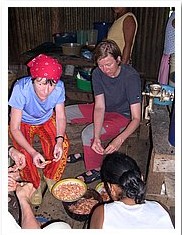 In 1740 the Miskito yielded to England sovereignty over the territory. For 1744 the transfer of English colonists was organized from Jamaica to La Mosquitia, which brought black slaves. French citizens were also installed. The area was a British supervision until 1796, when Britain had to recognize Spain’s sovereignty over the Mosquito; British subjects left the islands, but the Spaniards did not take firm positions in them.

The climate is mild. Eight months of the year usually occur between two showers sunshine almost every day. Dry from February to May.

On the island of Rama Cay, they consider the indigenous community as a refugee. This community is located in a tiny plot in the middle of their own ancestral lands. An international court ruled in their favor, but you still proceed to the definition and delimitation of the complicated what was his territory.

Get to know this incredible destination. Discover our tours including Bluefields. Contact us for more info !