In its 2013-2014 report on regional human development related to the topic of security. The United Nations Programme for Development (UNDP) says that Nicaragua is the safest country in Central America! And the second in Latin America!

Therefore Nicaragua appears to be the safest country in Central America, based on reports from the National Police Authorities’ Commission, regarding the numbers of homicides and victims of assault. Better still, Nicaragua is one of the three countries which have the best records of safety throughout Latin America (which in total comprises 18 countries). Just behind Chile and in front of Paraguay. 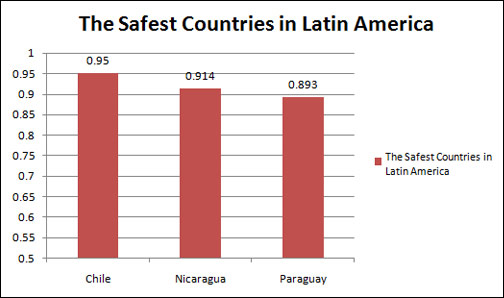 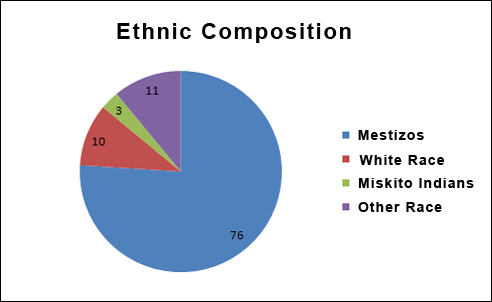 The weather in Nicaragua has special characteristics in three clearly defined areas:

Nicaraguan culture is the result of a mix of Spanish and African indigenous culture (Chorotega and Nahuatl). Our history is intrinsically linked to that of the indigenous peoples and that of the white Europeans, particularly the Spanish, and with them the history of the Conquest (begun by the Spanish), colonization, and independence. However, our cultural traditions have still been preserved, amongst others: dance, based on a variety of musical rhythms; our colonial cities; our food… all of which make Nicaragua a wonderful country.

Nicaraguan Folklore is an intangible cultural heritage of our villages. It originates from the union of both indigenous and Spanish elements.

For example the traditional Pacific dances such as “the Gigantona”, “Enano Cabezon” and “Toro Huaco” are colourful and rhythmic. They relate specifically to the city of León, and at the same time express ideas relating to the Spanish crown.

On the Nicaraguan Caribbean coast, the dance-based festival of the “Palo de Mayo” (which has its origins in an English festival – May Day) actually celebrates fertility, and the heralding of rain and new crops, with dancing around a tree in honour of the goddess Mayaya. This dance has evolved today into the expression of games of seduction and the preludes of love in a street dance full of joy and colour.

Nicaraguan cuisine, with its roots in indigenous, Spanish and African culture, is the result of a rich cross-breeding and consists of a range of flavours, colours and ingredients. Corn, cooked in all its forms, is the best basic grain! Corn dishes are accompanied by their seasonal drinks, some of the most varied and ingenious: such as the traditional “chicha”, but also the famous “atoles”, “pozoles” etc. The most representative is the “pinolillo” drink; a mixture of cocoa, corn, cinnamon and cloves … delicious!

Amongst the most typical dishes, do not forget to try “Granada Vigoron” (cassava-based), “Masaya Baho”, “Nagarote Quesillo” (a sort of tortilla stuffed with cheese and other ingredients), “Masatepe Mondongo soup” (tripe soup), “Chontales Cheese”, “Rondon from the Caribbean Coast” (based on fish and coconut milk) and drinks such as cocoa, “Chicha “, “the Tiste” and of course a cup of organic (and Fair trade) coffee in any part of the country!